Twitter is my top 3 social media sites. I know a thing or two about how to use it. So, these are tips on how to build your Twitter following and use it to promote your music. 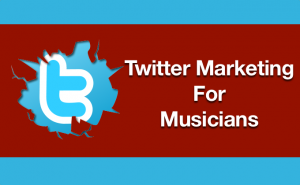 1. Follow other music people on Twitter:
This would include other artists, industry people, bloggers or anyone prominent, that you’re aware of. Seek them out and follow them. You eventually want a whole lot of people following you. But first, you have to follow others.
Show a little bit of love before you get it back. Quite often many of the people who you follow will indeed follow you back.

2. Check their tweets:
When you see something, re-tweet it with a comment. You’re still in a giving mode. You’re sharing cool stuff from the people that you admire with your growing list of followers. You are making the people who mean something to you, possibly aware of you.
You’d be surprised how many people handle their Twitter account.
So when you re-tweet them, add a little comment about how much you like that new song, new blog post, or whatever they posted. They just might see it and appreciate it one time.
That is a kind of social proof that you’re having an impact on people.

3. Make lots of inspiring quotes:
Quotes get more interaction. People like and share them more than practically anything else. Post a text quote with the name of the source and use a hashtag.
Things are getting more and more visual. Find or create visual quotes. Take that same text and put it in an image or find an existing image and post that as your tweet.
Now here’s the strategic part of it. Make sure that your quotes express your attitude, the things that would resonate with your fans. Make a list of popular artists, who are very similar to you, create the same type of music.
Find quotes by those well-known people and post those with hashtags related to that artist.
Their fans would like it and start following you.

4. Broadcast live video:
This is not crowded as of now. You might stand out on Twitter even more.
So, do quick live broadcasts of you playing one of your new songs or sharing a story about how you created one of your songs.
Broadcast live from a gig about some live video of you in the studio or on the road or running into one of your fans.
Get used to being on a camera and knowing where to look.
Sometimes there’s the lens right there which I should be looking into. Most of the time I look at myself here and then it looks weird and so you have to play with this stuff. You have to practice it. When you put your hands up and you get shadows on your face. So, it’s a learning experience.
Just have fun doing it. 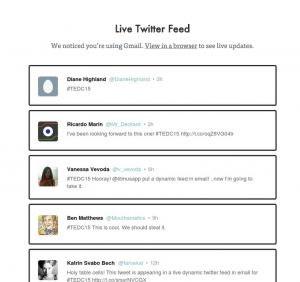 Those are my 4 tips on how to use Twitter to promote your music.
You can get the book, 5-minutes music marketer to know more tips.
Practice them to use Twitter efficiently.